View cart “Jodokus” has been added to your cart.

Anside Gigolo is sired by the 22,000gns Derriaghy Enfield, a Broadmeadows Cannon son and out of Larkhill Didi who is a Wilodge Tonka daughter.

Anside Gigolo was purchased for 18,000gns after picking up first prize at Carlisle as an Intermediate bull in May 2013.

Prior to this Gigolo had already achieved an impressive string of show titles since he was shown from the age of 8 months old. 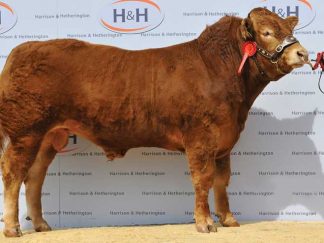